When westerners think of prayer, we tend to think of kneeling with hands together and eyes shut. This is all wrong - praying with your hands together closes the minor chakras (centres of receptivity) in the hands. Orthodox Christians pray standing up, eyes open, hands outstretched.
Posted by Yewtree at 10:30 am 1 comment:

Khalil Gibran - author of The Prophet, one of the most inspiring books I know; and less famously, of Jesus the Son of Man, a prolonged meditation upon the Christos with a poem about him from each of the people who encountered him in his life. Gibran was a Maronite Christian from Lebanon, but moved to New York fairly early in life.

Faith is an oasis in the heart which can never be reached by the caravan of thinking. -- Khalil Gibran

Ram Mohan Roy - a deist, interfaith activist and campaigner for the abolition of suttee (widow-burning), who also promoted education. One of his disciples was Dvarkanath Tagore, the father of Rabindranath Tagore, the mystical poet. Ram Mohan Roy died on a visit to Bristol (UK) and is buried in Arnos Vale cemetery. I have visited his grave.

Black Elk, holy man of the Lakota. He had several visions of the spirit that guides the universe, including one where he saw the unity of the four colours of humanity (red, white, yellow, black). The circle was particularly significant in his visions.

Joan of Arc - one who followed her vision, and was not afraid to die for it.

One of the most interesting things about mystics is that they affirm Divine Love, and that all religions are paths to the Divine.

Why not make your own list of favourite mystics and add a link to it in the comments?
Posted by Yewtree at 7:56 pm 5 comments:

The Green Man is often claimed as a Pagan symbol (even in church guidebooks these days). Presumably this is because a very small number of them appeared on Roman and Greek temples. But then there was a huge gap before they reappeared on churches in the Middle Ages.

It could be argued that sticking leaves on something is a Pagan impulse, because Paganism "is" nature spirituality. Well, neoPaganism is focused on nature, but ancient paganisms were generally about propitiating hostile nature spirits.

The figure of the Green Man seems to me to be a little bit Sufi - it reminds me of Al-Khidr, the Green One who is a friend of the soul. On the other hand, it could be a little bit Hindu, since the heart chakra is often represented as green. Or it could be a little bit Christian, since Christ represents Tifereth (the equivalent of the heart chakra in Kabbalah) and is certainly the friend of the soul. Or the Green Man might represent the greening of the soul in response to Divine inspiration. The vines or branches coming out of the Green Man's mouth might represent the truth being spoken (and there is a saying that the Holy Spirit speaks through everyone who speaks the truth, and She certainly speaks through Nature). Or it may represent a renewal of spirituality.

So let's not be too quick to claim that the Green Man is an exclusively Pagan symbol - it has resonance for people of all religions and spiritual paths. Especially now, when we all need to get into right relationship with Nature.
Posted by Yewtree at 1:11 pm 6 comments:

If you want to understand what contemporary Paganism is and isn't, here's a reading list:

Posted by Yewtree at 3:43 pm No comments:

how not to do religion

No wonder Christianity (and by extension, religion) is a laughing stock when you can get products like these:
It's embarrassing, that's what it is. Where's the dignity, the beauty, the reverence found in the amazing icons of the Byzantine and Coptic world, the cathedrals of the West, and the contemplation of the beauties of nature?
Posted by Yewtree at 1:26 pm 6 comments:

Urgent campaign to free the remaining South Korean aid workers who have been taken hostage by Taliban fighters in Afghanistan.

The Taliban have already executed 2 hostages and are threatening to execute the rest this week, an action that could trigger a mass evacuation of life-giving humanitarian aid from all of Afghanistan.

The situation is desperate, but there is hope. The Taliban are all from the 'Pashtun' ethnic group, and observe a strict code called Pashtunwali. This code demands, above all else: "hospitality to all, especially guests and strangers". There are rumours of infighting among the Taliban over these kidnappings, because they clearly violate the code.

A global outcry for the Taliban to follow their own code would certainly be covered by media in Afghanistan and Pakistan where the Taliban are based – creating massive local pressure on them to free their prisoners. But these hostages are living under a 24 hour death sentence. We have seconds not minutes to act.

There's a new pledge on PledgeBank to boycott any company that wins the contract for ID cards. I've signed. I thought things had gone quiet on the ID card front.

But the "refuse to register" pledge succeeded:

I, Phil Booth, will refuse to register for an ID card and will donate £10 to a legal defence fund but only if 10,000 other people will also make this same pledge. Target met, pledge closed.
Posted by Yewtree at 9:04 am No comments: 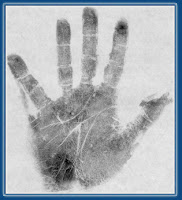 If you are left-handed, check out the Anything Left-Handed website.

If you're not, read about the famous left-handers in history and go green with envy.

And don't ever call us cack-handed, sinister, gauche, zurdo, again!

And especially don't try to tell me that the left side is weaker, less worthy and so on - it's equated with the feminine and the Moon.
Posted by Yewtree at 11:26 am 2 comments:

Greenpeace have just produced a new video, called The Convenient Solution showing why nuclear power is not the answer to the climate change problem. I was already pretty convinced that it wasn't the answer, but Greenpeace have done the maths and worked out how renewable energy sources could be implemented faster than a new generation of nuclear power stations - and of course the renewables would be much safer and cleaner and more local.

Everyone who cares about the environment should watch this video and then spread the word, write to your MP, etc.
Posted by Yewtree at 7:32 pm No comments:

Yewtree
I love cats, people, the Earth, the Moon and stars, and the simple pleasure of being alive. Everywhere is sacred, everything is part of the dance.